THE KING'S ENTRANCE: ON THE WAY TO THE CROSS 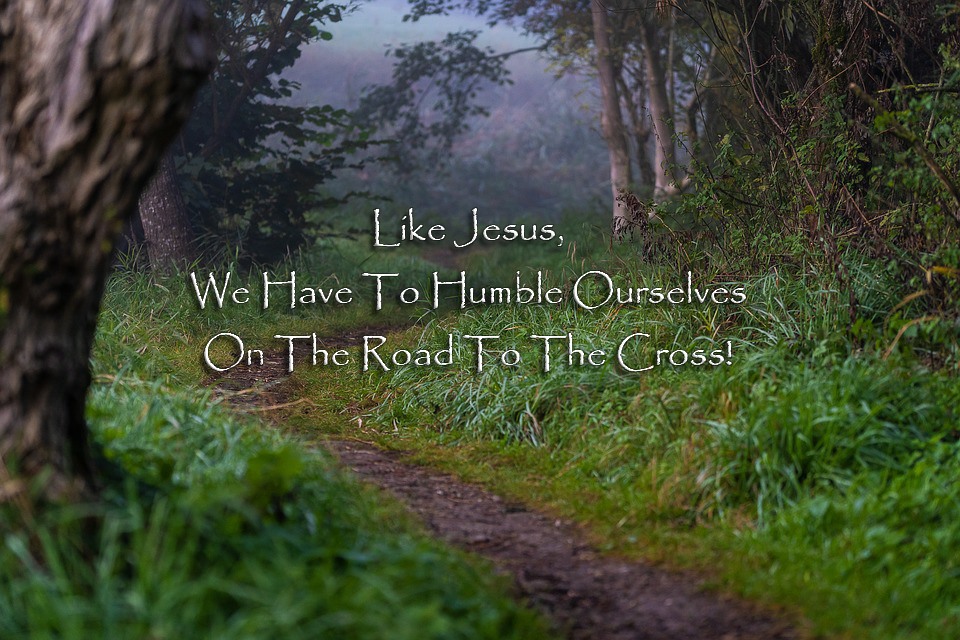 On The Way To The Cross Bible Study

Now when they drew near to Jerusalem and came to Bethphage, to the Mount of Olives, then Jesus sent two disciples, 2 saying to them, “Go into the village in front of you, and immediately you will find a donkey tied, and a colt with her. Untie them and bring them to me. 3 If anyone says anything to you, you shall say, ‘The Lord needs them,’ and he will send them at once.”

4 This took place to fulfill what was spoken by the prophet, saying, 5 “Say to the daughter of Zion, ‘Behold, your king is coming to you, humble, and mounted on a donkey, on a colt, the foal of a beast of burden.’”

6 The disciples went and did as Jesus had directed them. 7 They brought the donkey and the colt and put on them their cloaks, and he sat on them. 8 Most of the crowd spread their cloaks on the road, and others cut branches from the trees and spread them on the road. 9 And the crowds that went before him and that followed him were shouting, “Hosanna to the Son of David! Blessed is he who comes in the name of the Lord! Hosanna in the highest!” 10 And when he entered Jerusalem, the whole city was stirred up, saying, “Who is this?” 11 And the crowds said, “This is the prophet Jesus, from Nazareth of Galilee.”

On the road to the cross, Jesus and His disciples were coming close to Jerusalem and arrived at Bethphage. The name Bethphage means house of unripe figs. That name is demonstrated later in the chapter.

Now, Jesus knowing His purpose and what needed to be accomplished, told two of His disciples to go into the village and get an unridden donkey so that He can ride into the city on.

In telling his disciples to get the donkey, He didn’t tell them to ask the owner of the donkey whether they could use the donkey. It is thought that there was a previous discussion of the donkey’s use with the owner. But, just in case the owner or someone else might question the disciples about what they are doing, all that needed to be said was, “The Lord needs them…”

In short, not knowing the time, day or means that Jesus may want to use the things that've been entrusted to us, we must predetermine that we will trust Jesus and give Him our all.

The disciples covered the donkey for Jesus to sit on and those who had gathered together,covered the street with clothes and cut down palm leaves. But, what is more telling about their belief is that they praised God and said what they believed

They shouted, “Hosanna to the Son of David! Blessed is he who comes in the name of the Lord! Hosanna in the highest”

So, in their shouts they were praising, adoring and pleading with Jesus to deliver them, acknowledging that He is the Messiah (Son of David) and that He is favored, being there under the power and authority of the Lord God.

The people believed in the prophecy and the Prophet.

Prophet Is Believed In:

Once Jesus enters the city of Jerusalem, the city gets “stirred up” and in the excitement, the people of the city were asking, “Who is this person”, realizing that He must be somebody important.

The simple, but faith filled answer is, “This is the Prophet Jesus, from Nazareth of Galilee.” Vocabulary defines a prophet as “a person regarded as an inspired teacher or proclaimer of the will of God.”

The people believed in Jesus the Prophet.

Do you feel that Jesus is telling you to go and specifically do something for Him?

How often would you say that you have already decided to do whatever Jesus wants you to do?

Do you believe that you’re able to Praise, Plead and Adore Jesus without fear, guilt or reservation?

How will you demonstrate your discipleship of Jesus?

What does it mean for Jesus to ride into the city on a donkey?

Download The PDF Notes
Please Send Your Questions and/or Comments

If you found this bible study helpful and would like to support the work of The Church Connected, please consider donating.

The Church Connected is a 501(c)3 tax exempt organization